RCPTM is a scientific and research centre connected to UP. The described facility and infrastructure is owned by UP and is fully operated by employees of RCPTM. It is based upon an internationally established research team which has taken part in a number of past projects at the level of Research Plans and Research Centres. Since 2010, the research team has been substantially expanded and internationalized. Today, RCPTM has over 100 scientific team members with a level of internationalization exceeding 35%. The expertise of RCPTM in the synthesis and consecutive functionalization of carbon based nanomaterials includes works on graphene and its derivatives (graphene oxides, reduced graphene oxides and their respective chemical modifications), quantum dots, nanocomposites of carbon-based nanomaterial and magnetic nanoparticles, etc. The infrastructure of centre consists of fully equipped laboratories for synthesis; as well as laboratories aimed on a characterization of the nanomaterials, including HRTEM, SEM, XPS, AFM, SQUID, BET, Raman and infrared spectroscopy, state of the art potentiostats and 600 MHz NMR.

The BioMed Group at RCPTM is specialized in a synthesis and functionalization of nanostructured materials, including graphene, graphene oxides and their derivates, magnetic nanoparticles and nanocomposites with noble metal particles for medicinal applications such as targeted drug delivery, sensing, contrast agents in magnetic resonance imaging (MRI) or antimicrobial use. The group published more than 100 papers in international journals with more than 3000 citations. Relevant to the proposed project, RCPTM has knowledge in the synthesis and functionalization of nanostructured materials with applications in the field of medical diagnostics. These nanomaterials are based on graphene, graphene oxides, metal-organic frameworks (MOFs), magnetic iron oxides or noble metals. Functionalization involves a covalent anchoring of biomolecules including antibodies, antigens, artificial antibodies, enzymes, oligonucleotides, and the introduction of functional groups improving material biocompatibility, stability, dispersibility, and many others. 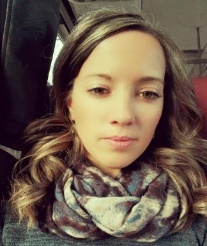 CNR is the largest Italian public research organization, counting 91 institutes and more than 6000 researchers. Its mission is to carry out, promote, spread, transfer and improve research activities in the main sectors of knowledge and their applications for the scientific, technological, economic and social development. CNR will participate in this project with the Institute of Science and Technology for Ceramics – ISTEC, an interdisciplinary research institute for the study of advanced materials in the biomedical, energy, aerospace and environmental fields. It has strong International collaborations within Europe, USA and Japan, and is involved in several International programs including educational ones. The main research topics and materials developed fall in four main areas:  Biomaterials, High Tech, Energy and Environment, Cultural Heritage. Industrial partnerships are widely developed and encouraged and technology transfer is a priority. Several successful spin-offs have been established, i.e. Finceramica, a leading company in regenerative medicine; GreenBone Ortho srl, a recently-established start-up with focus on limb regeneration, as well as national and international patents filed. The innovation potential of patents filed is pursued in collaboration with private commercial companies.

The Cell/Biomaterial Interaction Group at CNR is highly specialized in the biological evaluation of bioactivity/biofunctionality of novel platforms for medical applications focusing on tissue regeneration and controlled drug delivery for cancer treatment. It is internationally recognized for its expertise on bio-inspired design, synthesis and biological assessment of biomaterials for nanomedicine and tissue engineering applications, as testified by more than 100 papers published in international journals and invited contributes to international symposia.

In particular, relevant to the project, CNR has great knowledge in in vitro assessment of cell behaviour in contact with nanostructured biomaterials or in response to biomolecules/drugs; 3D cell culture in static and dynamic conditions, cell culture response to external stimuli (e.g. magnetic fields, laser irradiation, plasma treatment), in controlled drug delivery systems. In addition, CNR team has great knowledge in synthesis and processing of 3D polymeric scaffolds and nano/microbeads.

The National University of Ireland Maynooth is recognised as one of the leading new universities in the world, ranked #50 in the latest Times Higher Education (THE) ‘Top 100 under 50’ list. This success follows on from NUIM ’s extremely strong performances in other recent THE rankings, including being recognised as one of the top 200 universities for international connections and outlook.

NUIM is internationally recognised for the quality and value of its research and scholarship. It currently receives approx. €23m per annum in research income. Our research strengths focus on six thematic priorities: (i) People, Place and Environment, (ii) Social and Economic Transformations, (iii) Human Health, (iv) Mathematics, Computation and Communications, (v) Humanities in Practice and (vi) Human Cultures, Experience and Creativity. In all our priority areas, research from  NUIM  influences, and is cited above global averages for each discipline. Currently, NUIM  is actively participating in 28 H2020 projects. This funding has been granted for H2020 Societal Challenges (13), Research Infrastructures (2), LEIT (1), ICT (2) and MSCA actions (8). Among recent developments, the University is leading out on the MSCA action for Researchers at Risk – InSPIREurope. This project forges a coordinated, cross-sectoral, Europe-wide alliance in support of researchers at risk.  NUIM is also coordinating the SHAPES project which is creating the first European open Ecosystem enabling the large-scale deployment of a broad range of digital solutions for supporting and extending healthy and independent living for older individuals.  There are also 2 active ERC projects (CoG) and several Erasmusprojects (>20). The university also hosted several Marie Skłodowska-Curie awards, including 6 Individual Fellowships, 4 ITNs (Initial Training Networks), 2 IAPPs (Industry-Academia Partnerships and Pathways), 1 IRSES (International Research Staff Exchange Scheme), and 2 reintegration grants during FP7.

The Department of Chemistry at NUIM is a research-led and student focussed department, with research and teaching expertise in Organic, Inorganic, Physical, Analytical and Computational Chemistry. Our researchers are addressing important and complex problems at the interface of chemistry with biology, material science, biotechnology and nanoscience.  Chemistry at  NUIM  reflects the dynamic growth in chemistry research, and is distinctive in that the size of our institution is large enough to offer a range of degree options and up to date laboratory and research instrumentation typical of a larger university, but still small enough to maintain a highly student oriented environment.

The Department’s staff collaborates internationally with academic partners, industrial partners and publishes in high-impact scientific journals. Furthermore, a campus company Cerebeo has spun out from the Department. Our staff and students come not only from Ireland but are drawn from all around the world, and give the Department an exciting international flavour. The Chemistry Department at NUIM is without doubt a vibrant Department that offers excellent facilities and high standards, in both teaching and research. Chemistry research at Maynooth University focuses on several exciting aspects of chemistry:

Dr. Montagner group work in the area of Bioinorganic-Medicinal Chemistry that is placed at the interface between inorganic/medicinal chemistry and biology. It is focused on the development of new metal-based drugs that could be selectively delivered and accumulated into the tumour cell and that interact with biologically-relevant macromolecules with different mechanism of action.

Montagner’s group design, synthetize and characterise with different spectroscopic techniques (multinuclear NMR, Mass, IR, UV, HPLC, AA) the metal based complexes. The mode of action, interaction with biomolecules and cytotoxic activity of the new metal-based drugs are investigated in combination with national and international collaborators. 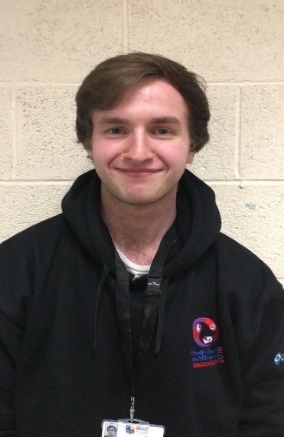 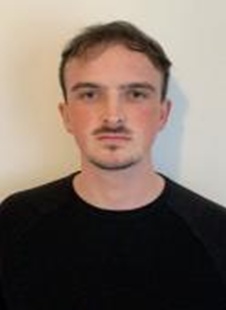